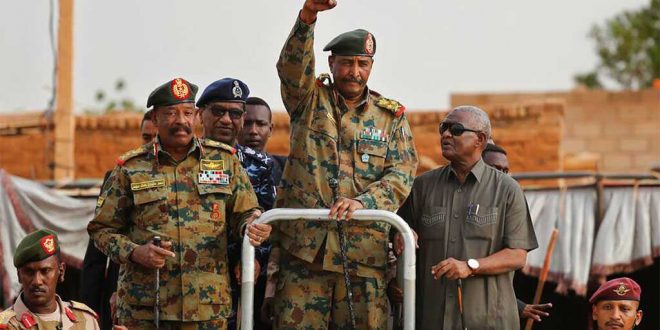 A Zionist regime delegation reportedly visited Sudan in the past week, after the overthrow of the civilian-led transitional government led by Prime Minister Abdalla Hamdok.

According to reports, the delegation comprising members of the Zionist regime’s notorious spy agency Mossad met with Sudan’s military leaders, including Gen. Abdel Rahim Hamdan Dagalo, a senior official of the Rapid Support Forces, a Sudanese paramilitary force that staged a coup d’état against Hamdok on October 25.

According to a report by The Times of ‘Israel’, the delegation’s visit to Sudan was aimed at getting “a better impression” of the situation in the North African country and how it “might impact efforts to finalize an agreement to normalize relations” between Khartoum and Tel Aviv.

It has led to speculation that the coup could have been engineered by the Tel Aviv regime to have a friendlier ruler in Khartoum.

Burhan, according to ‘Israeli’ media, had been a more prominent player leading normalization effort with the Tel Aviv regime.

Notably, days prior to the coup, a delegation of the Sudanese military officials had also embarked on a visit to the occupied territories, lending further credence to the growing narrative of secret dalliance between them.

The Sudanese delegation was led by Daglo, the coup mastermind who reportedly received and played host to the ‘Israeli’ delegation in Khartoum following the coup.

Sudan agreed to normalize ties with the Zionist occupation regime in October last year as part of the US-led so-called Abraham Accords, a month after the United Arab Emirates and Bahrain signed similar détente deals with Tel Aviv brokered by Washington.