TEHRAN (Tasnim) – Iran’s determination to return to the global oil market immediately after the removal of sanctions with outputs at least on par with the previous shares would by no means be affected by the OPEC+ decisions, Oil Minister Bijan Namdar Zanganeh said.

Speaking to reporters after the 18th OPEC and non-OPEC Ministerial Meeting, held via videoconference on Friday, Zangeneh said Iran has declared its official decision in the meeting about its intention to return to the oil market at the shortest time possible after the removal of the sanctions.

“Whatever decision is made in the meeting, it won’t affect our resolve,” he underlined.

Whenever the sanctions are removed, Iran will return to the global oil market as soon as possible by producing crude at least at the pre-sanctions level, Zanganeh stated. 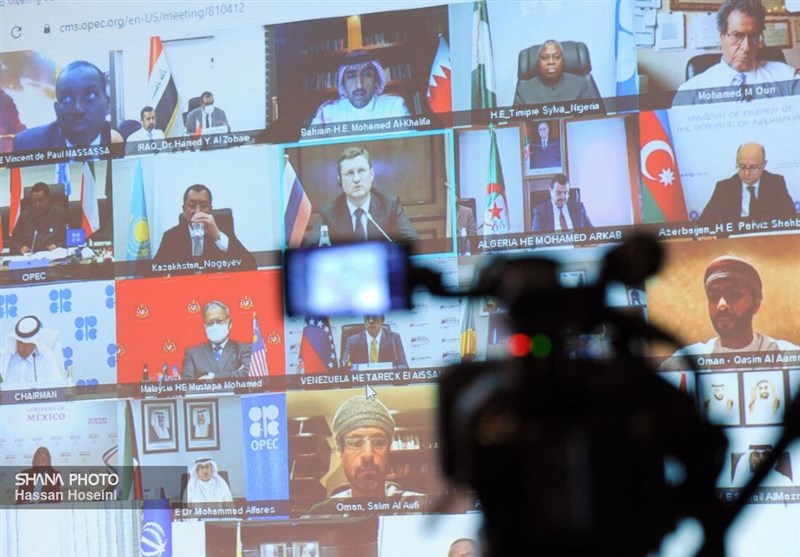 Asked about the lengthy discussions at the OPEC+ meeting, the minister said there are a series of difference among the members, as some believe the shares have been allocated unfairly.

Oil prices continued to climb on Thursday as press reports suggested that OPEC+ is considering a two-million-barrel-per-day (bpd) output hike from August through December – but the deal was thrown into disarray after the United Arab Emirates blocked a plan for an easing of cuts and their extension to the end of 2022.

The Organization of the Petroleum Exporting Countries and its allies, a grouping known as OPEC+, is discussing loosening the taps to allow more barrels into the market as demand continues to recover after being plundered by the coronavirus pandemic last year.