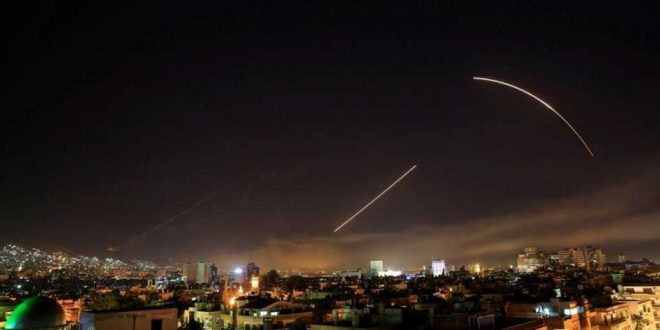 In a new aggression on the Syrian sovereignty, the “Israeli” military fired missiles at a target near the Syrian capital Damascus early Wednesday.

According to SANA, “Israeli” forces in the Golan Heights fired two surface-to-surface missiles at an empty warehouse south of the city at around 12:45 am.

The report said there were no casualties and claimed Syrian defenses downed one of the “Israeli” missiles.

There was no comment from the “Israeli” Army, in line with its policy of ambiguity regarding its specific activities in Syria.

There has been an uptick in the number of strikes carried out by the “Israeli” forces in recent weeks, including a rare early evening attack in the area of Homs last week.