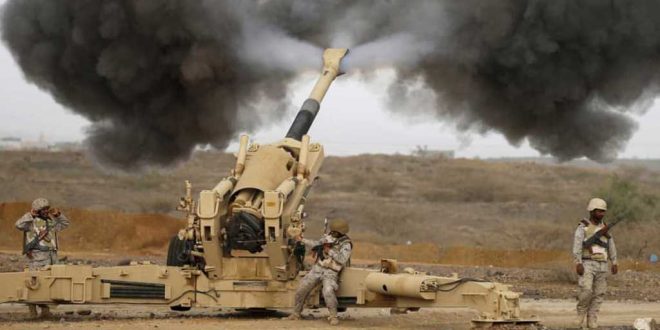 A number of US senators are seeking to block the Biden administration’s first major arms sales to Saudi Arabia, according to three senators.

A proposed $650 million in US arms sales to the kingdom is facing a joint resolution of disapproval introduced by Republicans Rand Paul and Mike Lee, as well as Bernie Sanders who caucuses with Democrats.

In a statement, Paul said, “This sale that could accelerate an arms race in the Middle East and jeopardize the security of our military technologies.”

“As the Saudi government continues to wage its devastating war in Yemen and repress its own people, we should not be rewarding them with more arms sales,” said Sanders in the joint statement.

The proposed package approved by the State Department would include 280 AIM-120C-7/C-8 Advanced Medium Range Air-to-Air Missiles [AMRAAM], 596 LAU-128 Missile Rail Launchers [MRL]. Containers and support equipment, spare parts, US government and contractor engineering and technical support would also be included in the package.

Critics of the arms deal say Joe Biden has backtracked on his promise to reverse the policy decisions of his predecessor and end the US government’s support to the Saudi-imposed war in Yemen.

In November 2019, when asked about the regime in Riyadh, Biden had pledged to “make them pay the price and make them in fact the pariah that they are.”

This comes amid harsh criticism against Saudi Arabia for its military onslaught on Yemen. The kingdom, backed by the US and regional allies, launched a war on Yemen in March 2015, with the goal of bringing the government of former Yemeni president Abd Rabbuh Mansur Hadi back to power and crushing Ansarullah movement.

The war has left hundreds of thousands of Yemenis dead, and displaced millions more. It has also destroyed Yemen’s infrastructure and spread famine and infectious diseases.

Yemeni armed forces and allied Popular Committees, however, have grown steadily in strength against the Saudi-led invaders, and left Riyadh and its allies bogged down in the country.