TEHRAN (FNA)- A senior political analyst slammed the German government’s decision to designate Hezbollah a “terrorist organization”, stating that Berlin’s abidance by the US and Israeli regime policies against the resistance movement would endanger Germans’ lives as it gives a boost to the Islamic State of Iraq and the Levant (ISIL, ISIS or Daesh) terror group.

Praising Hezbollah’s indubitable role in defeating Takfiri militants in Syria, Seyed Mostafa Khoshcheshm, senior Iranian analyst and university professor, said Germany would rather close its eyes to the truth than figure out how to keep the country safe from the danger of the most notorious terror organizations in the world. 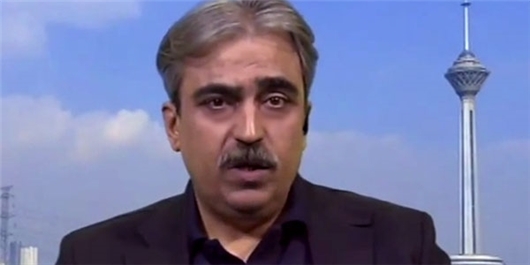 “When ISIS was killing” civilians in German towns as well as other Europeans countries, “Hezbullah was killing ISIS militants in Syria”, Khoshcheshm wrote on Twitter, adding, “If it hadn’t been for Hezbollah, only God knows how many Europeans would’ve been hunted by 1000s of ISIS terrorists who would have been alive, otherwise.”

The analyst warned that Germany has compromised its security by “subordination to US and Israel policy”, condemning Berlin’s decision which makes “ISIS wolves happy”, as it is an open war on the enemy of its enemy.

Berlin is ignoring repercussions of fighting enemy of its enemy. Many #Ansbach terrorists were killed before blowing themselves up in #Germany. Not the 1st time Berlin’s subordination to #US & #Israelpolicy compromises #German security, but this time they make ISIS wolves happy.

On Thursday, Berlin banned the Lebanese political party, labeling the movement a terrorist outfit – a move hailed by both Israel and the United States. German police also carried out raids on several mosques and cultural centers – believed to be linked to Hezbollah – in Berlin as well as North Rhine-Westphalia and Bremen.

Germany began to float the idea of banning Hezbollah last year, with the debate being fueled by US Ambassador to Berlin Richard Grenell.

Iran has strongly denounced Germany for labeling Hezbollah as a “terrorist organization” and warned Berlin over the repercussions of the move in the combat against terrorism in the region.

Germany has been a longtime backer of Israel, a safe haven and supporter of the Mojahedin-e Khalq terrorist Organization (MKO, also known as the MEK, PMOI and NCRI) which has killed thousands of Iranians, and stands accused of helping Washington assassinate 6 Iranian nuclear scientists as well as Tehran’s top anti-terror commander General Qassem Soleimani months ago.

Hezbollah – which for years has aided Damascus in its fight against terrorist groups – has been a frequent target of the Israeli Air Force throughout the war in Syria, while the Tel Aviv regime has long been known for its controversial support for terrorists in the war-torn Arab country.

In December 2016, when Hezbollah fighters were too busy in fighting militants in Syria ,12 people were killed and several injured after a truck drove into a Christmas market in Western Berlin – the bloodiest terror attack in the country which was later claimed by the ISIL.