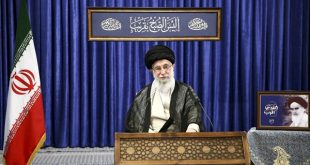 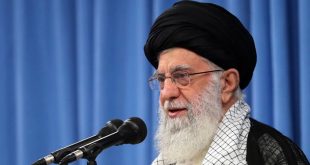 Leader: Israel Not Country, But Terrorist Base against Palestinians, Muslims 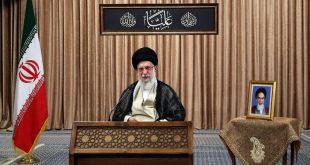 Leader of the Islamic Revolution His Eminence Imam Sayyed Ali Khamenei delivered a speech marking the anniversary of the anti-Shah uprising of the people of Tabriz, hailing the event as an intriguing incident of resistance.

Referring to the Azerbaijan province as the source of bringing up elites in Iran, Imam Khamenei added that the province, with Tabriz included, is a strong fortress for Iran against any foreign aggression and all conspiracies to divide the nation.

Imam Khamenei recalled that when the people of Tabriz revolted, they had already witnessed the genocide committed by the former regime against the people of Qom.

His Eminence noted that Iran was able to confront the arrogant powers that targeted its new system, which broke the concept of authority in the world.

“The revolution transformed our people into a lively nation and the government into a representative one instead of authoritarianism,” Imam Khamenei added.

“The arrogant powers have long invented pretexts to target Iran and its regime that refused oppression and dominance.”

Imam Khamenei underscored the importance of the strong intellectual establishment that is required for every uprising: “The intellectual power in our Islamic regime should continue and develop without falling into the enemies’ conspiracies.

“We should always be ready to confront the aggressions, just like what Lieutenant General Qassem Soleimani did in his life.”

Imam Khamenei praised the Iranian people whom he referred to with the characteristics of vitality, hard work, courage and redemption, recalling that Imam Khomeini was behind the people’s movements and declared his rejection to the martial law.

His Eminence further stressed that what is needed is steadfastness, not inaction, and not giving any opportunity to the enemies to penetrate our society and country.

Imam Khamenei noted that Iran is an effective regional power on the defensive level, stressing that it will thwart all conspiracies. He further added that it managed to make a progress on the level of economic justice, where more efforts are still needed.

His Eminence, meanwhile, shed light on the fact that “the enemy focuses on our mishaps and wages a psychological warfare by exposing them while being silent towards our achievements.”

“We have to eliminate our mishaps with the help of our achievements, among which are our great humanitarian talents we enjoy.”

Imam Khamenei also touched upon the Iranian elections, referring to them as an opportunity that mustn’t be lost as it prepares for the country’s progress and prevents the enemies’ greed.

“Huge turnout in the elections will guarantee Iran’s future through selecting the most suitable person; it will also strengthen the country and help stabilize it.”

Imam Khamenei also noted: “We have heard many nice words and promises which in practice have been broken and opposite actions have been taken. Words and promises are no good. This time we want only action from the other side to act.”