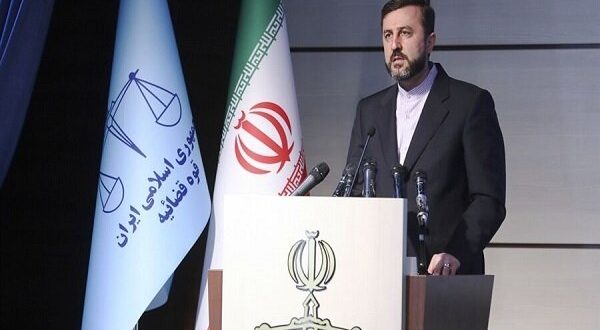 Foreign ministers of Iran and China discussed issues of mutual interest and the resumption of “Vienna” talks on the revival of the JCPOA in a telephone conversation on Saturday.

According to the Iranian Foreign Ministry, at the start of the phone call, the Chinese Foreign Minister Wang Yi wished a speedy from the Covid-19 for his Iranian counterpart.

While expressing appreciation to the Chinese government’s cooperation in sending 120 million doses of the Covid-19 vaccine to Iran, Amir-Abdollahian expressed satisfaction with the expanding relations between the two countries. He also expressed the Islamic Republic of Iran’s support for Beijing with regard to its proposed Global Sustainable Development Initiative as well as close cooperation with China.

Regarding the upcoming Vienna talks, the top Iranian diplomat expressed hope that the United States and the European parties would enter the negotiations with realistic approaches so that an agreement could be reached quickly. He stressed that the United States could not continue the failed Maximum Pressure Campaign as well as its economic terrorism while it continue its alleged call for negotiation and agreement.

Regarding the monitoring activities of the International Atomic Energy Agency (IAEA) in Iran, he expressed confidence that this cooperation will continue well within the framework of agreements and regulations.

Regarding the situation in Afghanistan, Amir-Abdollahian reiterated the need to form an inclusive government and expressed hope that the meeting of Afghanistan’s neighbors in Beijing would be held successfully following the constructive meeting in Tehran.

Welcoming and announcing his support for the continuation of the nuclear talks, Chinese Foreign Minister Wang Yi blamed the United States for putting the main obstacles on the way of implementing the JCPOA and expressed hope that they (Americans) would make up for this mistake by full removal of the sanctions on Iran. He also expressed hope that given Iran’s positive approach, the upcoming negotiations will lead to good results.

Inviting his Iranian counterpart to visit Beijing, the Chinese foreign minister expressed hope that the third meeting of Afghanistan’s neighbors which is going to be held this time in China could lead to the formation of a stable and inclusive government in Afghanistan with the active cooperation of its neighbors, including the Islamic Republic of Iran.