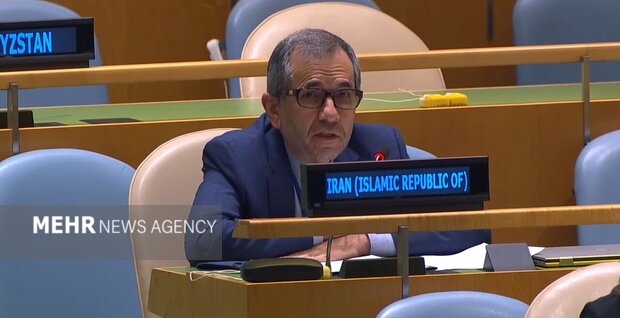 Iran warns against any military adventurism of Zionist regime

Iran’s permanent Ambassador to the United Nations warned against any miscalculation and possible military adventurism of the Israeli regime against Iran including its nuclear program.

In a letter to the UNSC session on Tuesday, he said, “I am writing to inform you of yet another explicit threat made by the Israeli regime against the Islamic Republic of Iran and its peaceful nuclear program.

During the past months, the number and intensity of such provocative and adventuristic threats have consistently grown and reached an alarming level.

The latest of such threats has been made by the Chief of General Staff of the Zionist regime’s Defense Forces, who has recently stated, “The operational plans against Iran’s nuclear program will continue to evolve and improve” and “Operations to destroy Iranian capabilities will continue — in various areas and at any time”.

The fact that the Israeli regime has admitted that it will continue “to destroy Iranian capabilities” proves beyond any doubt that it has been responsible for the terrorist attacks against our peaceful nuclear program in the past.

Given the dark record of the destabilizing practices of the Israeli regime in the region as well as its covert operations against Iran’s nuclear program, that regime must be confronted in order to stop all its continuous threats and disruptive conducts.

We warn against any miscalculation and possible military adventurism of the Israeli regime against Iran including its nuclear program. The Security Council must live up to its Charter-based responsibilities and hold that regime fully accountable for the consequences of its unlawful measures.

At the same time, the Islamic Republic of Iran reserves its inherent right to self-defense to decisively respond to any threat or wrongful act perpetrated by the Israeli regime.”