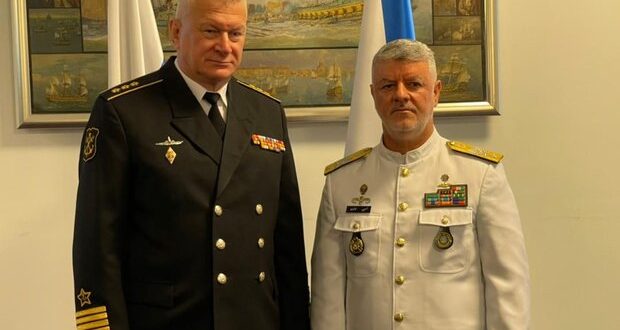 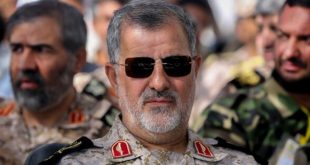 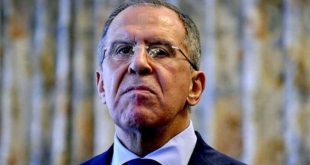 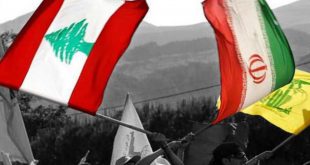 Iranian and Russian navy commanders discussed further convergence and cooperation between the two countries in the face of common threats.

During the meeting, the two sides explored avenues for further development and expansion of maritime cooperation between Iran and Russia.

The need for taking joint measures in line with all-out strengthening of defense and security relations, holding joint naval exercises, increasing the presence of two countries’ navies in strategic areas of the world, exchanging naval experiences in combat parts and equipment, training forces and increasing convergence of the two countries, etc. were of the main topics discussed between Iranian and Russian navy commanders.

It should be noted that Iranian Ambassador to the Russian Federation Kazem Jalali, Strategic and Training Deputies of Navy and Military Attaché of the Iranian Embassy to Russia accompanied Rear Admiral Hossein Khanzadi in this meeting.

After the powerful presence of 75th Strategic Naval Fleet of Army of the Islamic Republic of Iran in the grand annual parade of Russian Navy and waving of the sacred flag of the Islamic Republic of Iran over Sahand Destroyer and Makran helicopter carrier in this naval parade that took place yesterday in St. Petersburg and Gulf of Finland, Rear Admiral Hossein Khanzadi met and held talks with high-ranking navy commanders and officials of Russian Federation and participating countries. 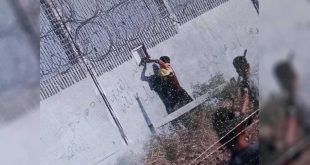