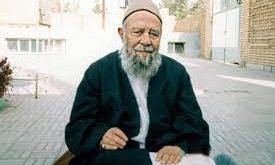 Chapter on the need to refer to the book and Sunnah

That there is nothing about lawful and unlawful matters that may have been left without a rule in the book and the Sunnah.

Muhammad ibn Yahya has narrated from Ahmad ibn Muhammad ibn ‘Isa from Ali ibn Hadid from Murazim from abu ‘Abdallah (a.s.) who has said the following.
“Allah, the Most holy, the Most High has certainly revealed an explanation for all things even, by Allah, He has not left untold anything that His servants would need up to the Day of Judgment. He has done so, so that people would not be able to say if only so and so would have been said in the Quran. The fact is that He has already said it in the holy Quran.”

Ali ibn Ibrahim has narrated from Muhammad ibn ‘Isa from Yunus from Husayn ibn al-Mundhir from ‘Umar ibn Qays from abu Ja’far (a.s.) who has said the following.
“I heard Imam abu Ja‘far (a.s.) saying, ‘Allah, the Most holy, the Most high, has not left untold anything that the ’ummah would need except that He has revealed in His book and has explained them to His messenger. He has made a limit for everything and an indication for it to point forwards to it and He has made a limit for those who would trespass those limits.”

Ali has narrated from Muhammad from Yunus from aban from Sulayman ibn Harun who has said the following.
“Abu ‘Abdallah (a.s.) has said, ‘All that Allah has created has a limit like the limits of a house, in which case what is of house is of the house and what is of the road and the walkway is of the walkway. Even the law for the compensation for a scratch, and a penalty in form of a lash or half a lashing.’”

Ali has narrated from Muhammad ibn “isa from Yunus from Hammad from abu ‘Abdallah (a.s.) who has said the following.
“There is no case for which there is not a law in the book or the Sunnah, the noble tradition of the holy Prophet (s.a.)”

Ali ibn Ibrahim has narrated from his father from Muhammad ibn ‘Isa from Yunus from Hammad from ‘Abdallah ibn Sinan from abu al-Jarud who has said the following.
“Abu Ja‘far (a.s.) has said, ‘When you speak of anything ask me for its law in the book of Allah. He also has said in his Hadith, ‘The holy Prophet prohibited much squabbling and brawling, spoiling of property and much questionings.’” A person then asked, “O descendent of the holy Prophet, where is this in the holy Quran?” The Imam (a.s.) replied, “Allah, the Most Glorious, the Most Majestic, says, ‘There is nothing good in much of their secret talks except for that which is for charity, justice, or for reconciliation among people to . . . (4:114)

Do not give to people weak of understanding your property for which God has made you to supervise . . .. (4:5)

Muhammad ibn Yahya has narrated from Ahmad ibn Muhammad from ibn Faddal from Al-Thaqafi‘laba ibn Maymun from one he narrated from al-Mu‘alla ibn Khunays who has said the following.
“Abu ‘Abdallah (a.s.) has said, ‘There is no issue which would be disputed between two people but that there is a principle for it the book of Allah, the Most Majestic, the Most Glorious, only the man’s power of Intelligence is not able to reach it.’”

Muhammad ibn Yahya has narrated from certain persons of his people from Harun ibn Muslim from Mas‘ada ibn Sadaqa from abu ‘Abdallah (a.s.) who has said the following.
“Imam Ali (a.s.) said, ‘O people, Allah, the Most Holy, the Most High, has sent to you the holy Prophet (s.a.) and gave him the book with truth while you all were illiterate (ignorant) about the book and the One Who revealed it and about the messenger and the One Who sent him in a period of time wherein no messenger had been sent, during a prolonged delinquency of the nations with wide spread ignorance, over-looming afflictions, the crumbling of the established social order, blindness towards the truth, the practice of injustice, the destruction of religion, the raging of wars, at the time of paling away of the gardens of the worldly life, the withering away of the branches therein, the scattering away of its protectors, the loss of hope of its fruits, the drying out of its waters and the decadence of its lighthouses. At such a period of time the elements of wickedness had been manifest everywhere. The world seemed aggressive, rough and frowning at the face of its inhabitants, regressing instead of helping to progress and with wicked fruits. Its food was but carrion, its slogan fear and the swords as overall garments. You were totally crushed and the eyes of the inhabitants of the world had turned blind, their days dark. They had boycotted their relatives, caused much bloodshed and buried their baby-girls alive, expecting thereby goodness of life and worldly tranquility. They would not cherish any hope in the rewards of Allah or preserve any fear of the punishment of Allah. Their living were blind and filthy and their dead in the fire in total despair.

“At such time came to them a copy of what was in the ancient pages (of guidance) and a confirmation of what existed with them, containing a complete account of the lawful and unlawful matters. That is the holy Quran ask it for the answers but it will not speak to you. I can tell you about it. In it there is the knowledge of the past and the knowledge of what comes in the future up to the Day of Judgement. Therein is the rule (needed) among you and to settle your disputes that may arise therein.’”

Muhammad ibn Yahya has narrated from Muhammad ibn ‘Abd al-Jabbar from ibn Faddal from Hammad ibn ‘Uthman from ‘Abd al-‘Ala’ ibn A‘yan who has said the following.
“Abu ‘Abdallah (a.s.) would say, ‘I was born of the descendents of the holy Prophet (s.a.) while I knew the book of Allah wherein is the knowledge of how the world was first created and the knowledge of all that may come up to the Day of Judgement. Therein is the news of the heavens and the earth, the news of the Paradise and the Fire hell, the news of things of the past, those that will come into existence. I know all of these just as I can see in the palm of my hands. Allah says, “In it there is an explanation of everything.’”

A number of our people has narrated from Ahmad ibn Muhammad ibn ‘Isa from Ali ibn Ni‘man from ’Isma‘il ibn Jabir from abu ‘Abdallah (a.s.) who has said the following.
“In the book of Allah there is the news of things before you, the reports of the matters after you and the laws to settle your disputes and we know it all.” 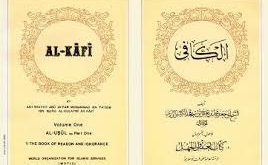