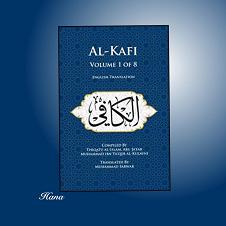 Muhammad ibn Yahya has narrated from Ahmad ibn Muhammad ibn ‘Isa and Ali ibn Ibrahim from his father, both of them from Hammad ibn ‘Isa from ‘Umar ibn ’Udhayna from Aban ibn abu ‘Ayyash from Sulaym ibn Qays who has said the following.

Ali ibn Ibrahim has narrated from his father from al-Qasim ibn Muhammad al-Isbahani from al-Minqari from Hafs ibn Ghiyath from abu ‘Abdallah (a.s.) who has said the following.
“Whoever would want al-Hadith for the worldly gains he will have no share for it in the next life.”

Ali ibn Ibrahim has narrated from his father from al-Qasim from al-Minqari from Hafs ibn Ghiyath from abu ‘Abdallah (a.s.) who has said the following.
“If you would find a learned person who loves the worldly gains you must not trust him in the matters of your religion because whoever would love something it will encompass and entangle him. The holy Prophet has said, ‘Allah sent wahy, revelation to David (a.s.) and told him, “Do not set between Me and yourself a learned person who loves the worldly gains lest he will bar you from the way to My love. Such people are bandits who ambush my servants who want Me. The least that I will do to such bandits is to take away from them the sweetness of their private conversations and prayers with Me.”

Muhammad ibn ’Isma‘il has narrated from al-Fadl ibn Shadhan from Hammed ibn ‘Isa from Ri’ab‘i ibn ‘Abdallah from one he narrated from abu Ja’far (a.s.) who has said the following.
“Whoever would seek knowledge to show off to the scholars or to engage in arguments with fools or to attract people to himself he should know that in so doing he has prepare his seat in the fire. Leadership does not suite anyone besides those qualified for it.”