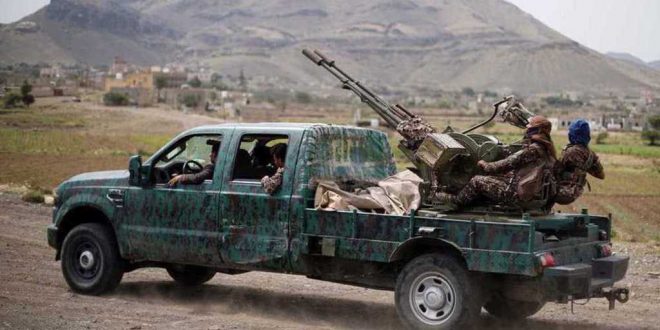 UN Deplores Execution of 10 Prisoners by Saudi Mercenaries in Yemen

A spokesman for the UN Secretary-General Antonio Guterres has denounced the recent executions of 10 prisoners in Yemen by Saudi-backed militants, saying the perpetrators must be brought to justice.

“We condemn the summary executions of 10 individuals belonging to local security forces that took place in Hudaydah governorate on 13 November,” Stephane Dujarric said during a press briefing on Wednesday.

According to the Yemeni National Salvation Government, Saudi mercenaries executed the victims in the western coastal city of Hudaydah on Saturday and dismembered their bodies.

The government, which is run by the Yemeni Ansarullah movement, also condemned the executions, describing it as a “war crime” and a blatant violation of international humanitarian law.

He also called on “all sides to fully adhere to international humanitarian and human rights law, under all circumstances.”

Yemen condemns the execution of ten jailed fighters by Saudi-backed Wahhabi militants as a war crime and in blatant violation of international humanitarian law.

Saudi Arabia, supported by its regional and Western allies, launched a devastating military campaign against its southern neighbor in March 2015 with the aim of reinstalling the former Riyadh-backed regime and crushing the popular Ansarullah movement.

The war has stopped well shy of all of its goals, despite killing tens of thousands of Yemenis and turning the impoverished Arab country into the scene of what the United Nations deems the worst humanitarian crisis on earth.

Throughout the course of the war, the United States has supported and armed Saudi Arabia.

Despite his February promise to end “all American support for offensive operations in the war in Yemen, including relevant arms sales,” US President Joe Biden has recently approved $650 million worth of weapons purchases to Saudi Arabia.

The popular Ansarullah movement frequently refers to the war as the “US-Saudi aggression” to underscore Washington’s leading role in the war.