Speaking to IQNA, Osama Mansour Ibrahim Sayiq, the director of the Jafari Waqf Department in Kuwait, underlined the need for ideological campaign against Takfiri terrorism.

Fighting against Takfiri ideology after the collapse of Daesh (ISIL of ISIS) in the region is no less important than fighting the terrorist group militarily, he said.

In November, the self-proclaimed caliphate of the Daesh terrorist group in Iraq and Syria formally collapsed after Syrian forces recaptured the group’s last stronghold in the Arab country’s city of Albu Kamal.

Sayiq hailed the fall of Daesh but said it is important that the thoughts and ideology of the Takfiri current must be countered through an ideological campaign.

It is also necessary that all Muslim countries pay special attention to the principle of peaceful coexistence with others to promote Islam’s spirit of peace and mercy, he said.

The cleric underlined that the rise of Takfiri terrorist groups like Daesh was rooted in inaccurate interpretations of the Quran by some ill-wishing groups, saying it has led to emergence of many Fitnas in the Islamic world in recent years.

Elsewhere, Sayiq, who was in Iran to attend the 31st edition of the Islamic Unity Conference, stressed the importance of enhancing unity in the Muslim Ummah (community) to counter challenges and Fitnas facing the Islamic world.

Titled “The Unity and Requirements of the Modern Islamic Civilization”, the international conference was held in Tehran last week to discuss ways to promote unity and solidarity in the Islamic world.

Sayiq also condemned the US president’s recent move to announce Quds (Jerusalem) as the capital of the Zionist regime, and said Muslim scholars and thinkers play an important role in drawing attention to the issue of Quds as a major priority of the Islamic world. 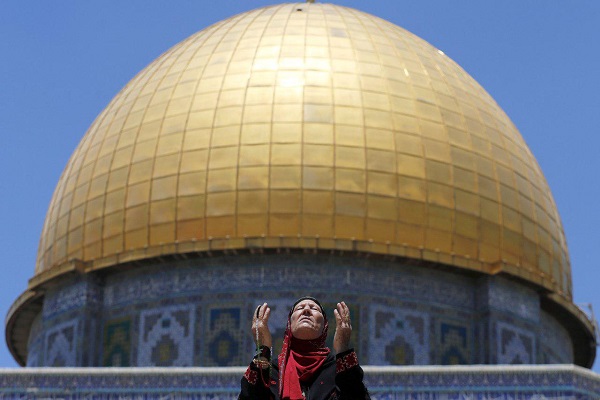 Donald Trump officially declared the disputed city of Quds Israel’s capital, despite warnings from around the world that the measure risks triggering a fresh wave of violence in the Middle East.

In a speech at the White House on Wednesday, Trump said his administration would also begin a years-long process of moving the American embassy in Tel Aviv to the holy city.

The announcement was a major shift by Washington that overturns decades of US foreign policy.

Palestinian leaders had previously warned the move would threaten a two-state solution.

Israel has occupied East Quds since the 1967 Middle East war. It annexed the area in 1980 and sees it as its exclusive domain. Under international law, the area is considered to be occupied territory.