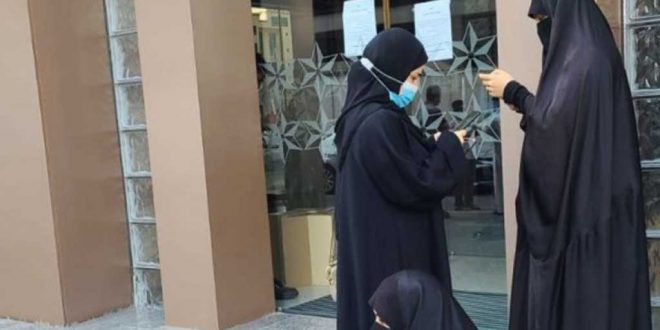 Bahraini Al-Khalifa rulers keep on their acts of brutality, hazing, and suppressing voices inside the kingdom. Since 2011, with the start of the peaceful movement, the authorities have been carrying out arbitrary raids that resulted in imprisoning tens of people, as many of them become obliged to make confessions under torture.

Al-Wefaq National Islamic Society uncovered that the Bahraini Interior ministry had launched a wide campaign of raids and imprisonment, in which it arrested at least 13 citizens because of their participation in marches and demonstrations against normalization with the “Israeli” enemy.

In its statement, the Bahraini Interior Ministry announced that “The Department of Criminal Information and Certificate Section in collaboration with the National Intelligence Service had carried out a security pro-active operation.”

It further claimed that “Terrorist elements were arrested for planning and preparing for ‘terrorist’ operations that target the civil peace, and that Iranian weapons and bombs have been seized with these elements affiliated with ‘terrorist’ groups in Iran”.

Eyewitnesses said that the Ministry of the Interior had raided Al-Diraz, Nouwaidrat, and Al-Eker villages with big numbers of Commandos forces, state security cars, military vehicles and those of the military investigation.

In another scene of Al-Khalifa tyranny, prison authorities banned the mothers of the imprisoned children- who have been on hunger strike since five days in the Dry Dock prison-from meeting them.

Tens of families of the detainees who had gone on hunger strikes headed to the building of Ombudsman office to file complaints about not being able to contact their children in the Dry Dock prison specialized for youngsters, ever since they had announced their hunger strike.

Rights activist Ibtissam Al-Sayegh said “Unfortunately, the security guard who had received instructions from his boss didn’t allow them to come in”.

A mother of one of the detainees said that lives of 60 children imprisoned for political reasons are endangered now after they have gone on a hunger strike in protest of the poor hygienic conditions and the return of Scabies disease and skin diseases to their cells.

The imprisoned children in the Dry Dock prison are trying through a hunger strike to get more time in the courtyard so that they get exposed to the sun that protects them from skin problems. However, the prison administration has tightened the grip on them because of their strike and threatened of additional harassment to be practiced. 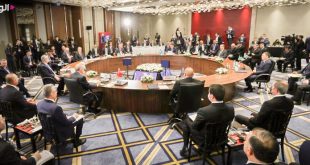 Alwaght- Less than six weeks to the Libyan presidential election, Paris hosted a conference on ...