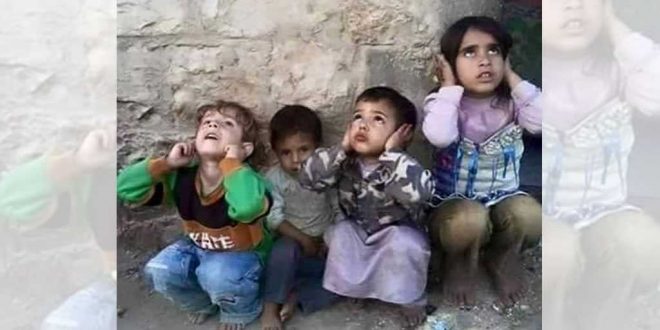 Taking yet another part in unending crimes against Yemeni children, the United States approved a $650m sale of air-to-air missiles to Saudi Arabia, the Pentagon announced.

The announcement brings to light the Biden administration’s first major weapons deal with the Gulf kingdom.

In a statement on Thursday, the Pentagon claimed that the US State Department approved the sale to help Riyadh ‘counter current and future threats.’

It added that Massachusetts-based firm Raytheon would be the “principal contractor” for the sale of AIM-120C-7/C-8 Advanced Medium Range Air-to-Air Missiles [AMRAAM] and related equipment.

The sale comes months after President Joe Biden claims he would end US support for Saudi Arabia’s “offensive operations” in Yemen, including “relevant arms sales.”

The State Department’s bureau of political-military affairs alleged in a series of tweets on Thursday that the missiles are “not used to engage ground targets.”

The sale does not require congressional approval, but lawmakers can block the deal by passing a disapproval bill in the Senate and the House of Representatives.

The missile sale follows the US approval of a $500m helicopter maintenance deal for the kingdom in September.

As a candidate, Biden berated Saudi Arabia over the Yemen war and the killing of US-based journalist Jamal Khashoggi, calling the kingdom a “pariah.”

Saudi Arabia and its allies launched a devastating war against the poorest Middle Eastern country in 2015 to reinstall former president Abd Rabbuh Mansur Hadi, a staunch ally of Riyadh, and crush the Ansarullah resistance movement.

The coalition of aggression, however, has so far fallen way short of the goal. Hundreds of thousands of Yemenis have, however, died ever since amid the aggression and a simultaneous siege that the forces have been imposing on the entire nation.

The protracted war in Yemen has killed or maimed at least 10,000 children since the war began in March 2015, which is equivalent to four children every day, the United Nations Children’s Fund [UNICEF] said in October.