Home / Miscellaneous articles / Why Is US Seeking to Open Consulate in Eastern Al-Quds? 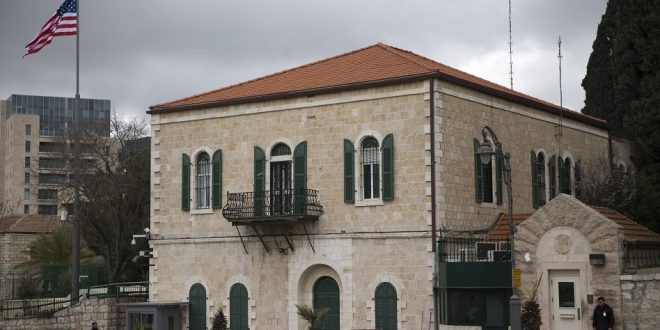 Why Is US Seeking to Open Consulate in Eastern Al-Quds?

Alwaght- Although the US and the Israeli regime ostensibly have good relations, they have for a while publicized their differences and taken stances against each other. One example is the US plan to open a consulate in Al-Quds (Jerusalem). Secretary of State Antony Blinked in May said that Washington plans to open a consulate in Eastern al-Quds to deal with Palestinian affairs but the Israeli officials have opposed the idea. Prime Minister Neftali Bennett in a joint press conference with Foreign Minister Yair Lapid and Finance Minister Avigdor Lieberman said that there was no place in Al-Quds for an American consulate to serve the Palestinians.

Saying that he wass taking a transparent stance and without a show-off, Bennett held that al-Quds was the Israeli capital and that he was planning to build Avitar settlement according to an agreement with the representatives of the settlers.

US efforts to play a role in Palestinian field

In the past years, the US lost its place in the Palestinian developments especially because of Donald Trump’s policies, with other actors like Russia seeking to fill the American place. Over the past four years, on average, Moscow has hosted several meetings and conferences on Palestine each year, with most of the US seats vacant. That is why Washington is trying to restore its former role in the Palestinian case by announcing plans to open a US consulate in Eastern Al-Quds, although Washington will wait for the green light from Tel Aviv.

On the other hand, the fragile Bennett cabinet, which has been formed through a coalition after several consecutive and failed elections, is trying to strengthen its internal position by announcing its opposition to the opening of a US consulate in Eastern Al-Quds. Bennett’s cabinet now includes hardline and right-wing parties, and has stubborn opposition from other groups, and any go-ahead to the consulate by the current cabinet would mean the collapse of this weak and fragile cabinet. This means that it is highly unlikely that Bennet government would agree to the move.

Returning the initiative to the pro-compromise groups

At present, the pro-resistance forces like Hamas and Islamic Jihad hold the initiative in the Palestinian developments. The polls show that the popularity of these group doubled after the May war that followed a reaction by the resistant groups to the Israeli atrocities and expulsion of Palestinians from Al-Quds. The pro-compromise camp, led by Mahmoud Abbas, is well aware of this issue and experts suggest that in case of a free election in the Palestinian regions, resistant groups can easily take the power in West Bank, the seat of the Abbas-led Palestinian Authority. This is the main reason behind several times delaying the general election.

There is no doubt that one of the factors undermining the place of compromising and pro-Western Palestinian side is the American policies under Trump and also the Israeli defeat in the “Operation Sword of Al-Quds.” Washington is concerned about the resistant groups’ popularity increase and is pushing to open a consulate to once again allow the Palestinian Authority take the initiative though back-to-back failure of the compromises to the Israelis have taken from Abbas orbit the chance to restore past position.